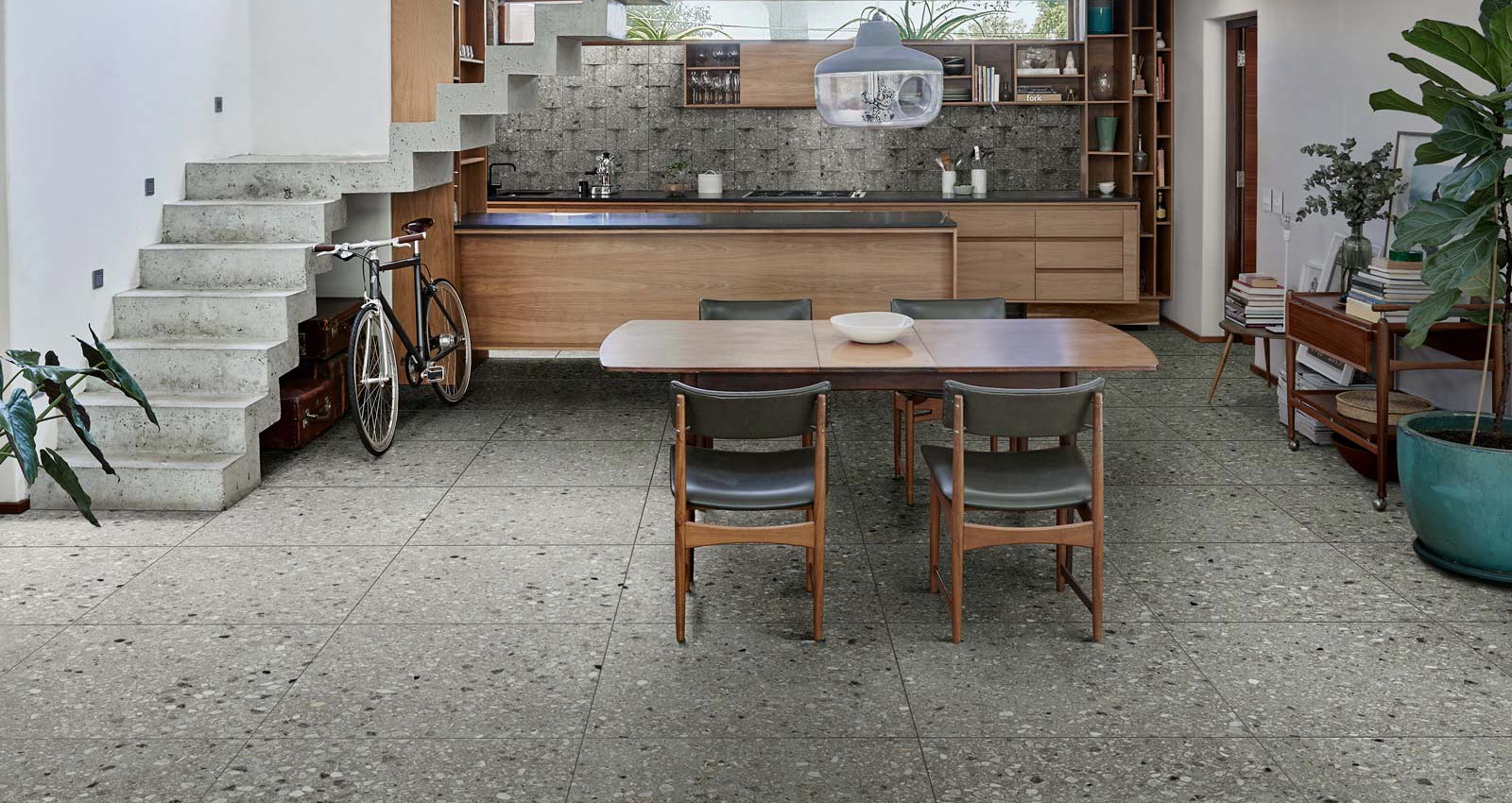 Announcing Realstone_Navigli, inspired by the traditional stones of Lombardy

Aggloceppo. An unfamiliar word, even to an Italian, which does not immediately call any clear images to mind.

But its meaning can be explained by just splitting it into its two constituent parts. First agglo-: obviously, this refers to the familiar agglomerate, meaning a blend of different ingredients, a category including various materials in architecture, craftsmanship and design.

Then comes -ceppo. This may be a little harder to place, until we remember an elegant variety of stone very common in the floorings of historic Milan palazzos, elegant yet very tactile and with fascinating colour variations: Ceppo di Gré.

Quarried on the slopes of Mount Clemo, on the north-west shore of Lake Iseo, Ceppo di Gré is a highly ornamental stone, with a modern, urban, refined aesthetic personality.

In the past, the quarried stone used to be transported into the city of Milan by water, using the dense network of canals known as the Navigli.

So the name of these old Milan waterways was the obvious choice for the new collectionin porcelain stoneware called Realstone_Navigli, available in the catalogue in two colours– Grigio and Naturale – and in six rectified sizes: four forindoor use in the standard thickness and two for outdoors in extra-thick 20 mm version. The offering is completed by two mosaics, one of which, with three-dimensional modulation, is perfect for creating alternations of light and shade on walls.

But the aggloceppo blend does not only consist of stone. To make it lighter and easier to shape and install, several different ingredientsused to be combined: the stone fragments, ground to various sizes, one part Portland cement and one part water.

The final product, reinterpreted by Ragno in stone-look fine porcelain stoneware, was quite similar to traditional Venetian Terrazzo, with changes just to the composition of the mix, which was strictly dependent on the area and the resources available at the local level.

But Realstone_Navigli is more than just tradition. The ground-breakingStepWiseTM technology used to process the porcelain stoneware slabs brings major improvements in performance: a surface that is pleasant and soft to the touch but still, even with absolutely no roughness, with a safe degree of slip resistance, suitable even for use in non-residential contexts.